Proposal at the Sleeping Bear Dunes in Michigan 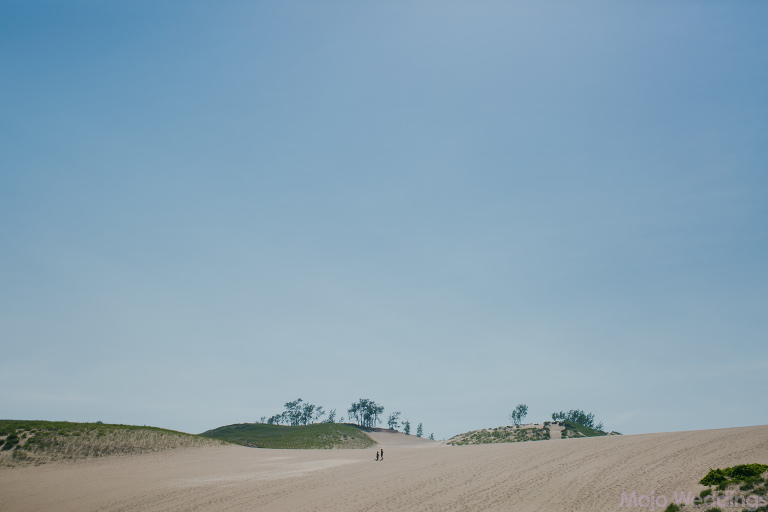 We had just arrived at The Sleeping Bear Dunes​. I was sitting in the passenger seat, thinking about what I should and shouldn’t take up this wall of sand with me- yes water, maybe no camera so I can have a good roll around in the dunes (one of the main reasons we came here in the first place… Maurice knows I love playing in sand dunes). We watched as three kids had the time of their life running/flying full speed down the main dune, and that’s when they caught my attention.

A couple paused at the very top and held each other in a way that I recognized. I immediately thought “he’s going to propose.” For a moment I tried to ignore what I thought I was seeing thinking, nah, they’re just having a super lovey moment in this epic place. But as he dropped to one knee I realized my instinct was right. My camera was already in my hand as I raced toward them, no water, no being prepared, haha. There was no time for that.

I got the shot of the moment he proposed from halfway across the parking lot, and I was so happy about that. But I wanted more for them. I even had to say no to a man who approached me at the bottom – “Excuse me, ma’am, will you take a photo for our family?” with arm outstretched, practically handing me his phone, assuming I’d say yes. And normally I would. I couldn’t really explain myself as I pointed and said something like “no, I’m already on this.” As I rushed toward this magical moment happening at the top, I even heard him exclaim “I’ve never had someone say no before!” Sorry dude. Bigger fish to fry.

There is no running up Sleeping Bear Dunes, just a long trek that leaves you breathless, but I made pretty good time. As I went up, those same three kids we had watched went up toward their newly engaged parents. What synchronicity that they had caught our attention in the first place. They were excited when I showed them what I had just captured, and allowed me to join in their celebration and take some more photos.

Another right place at the right time sort of day. We’ve had a lot of those while living on the road. Maurice calls it going with the flow and trusting the process.

After exchanging contact information with these lovely people, I set my camera down, grabbed a bottle of water, made a much slower trek up this time, and then enjoyed lots of rolling and running around in the dunes with my family. It was all kinds of perfect. 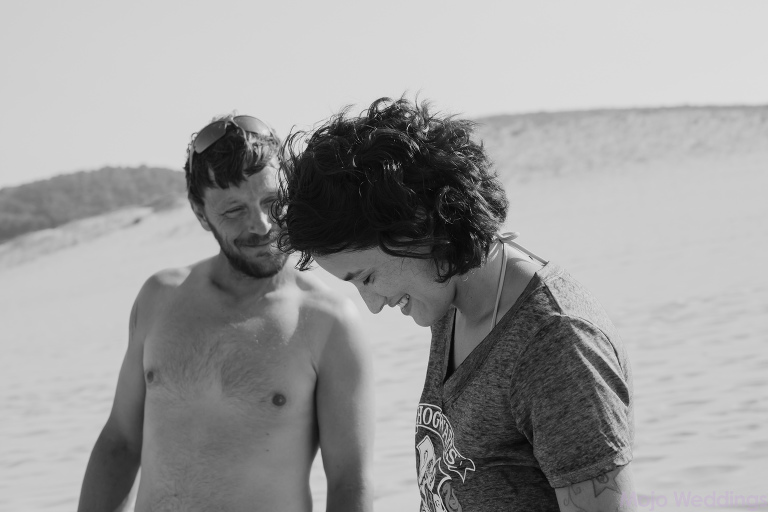 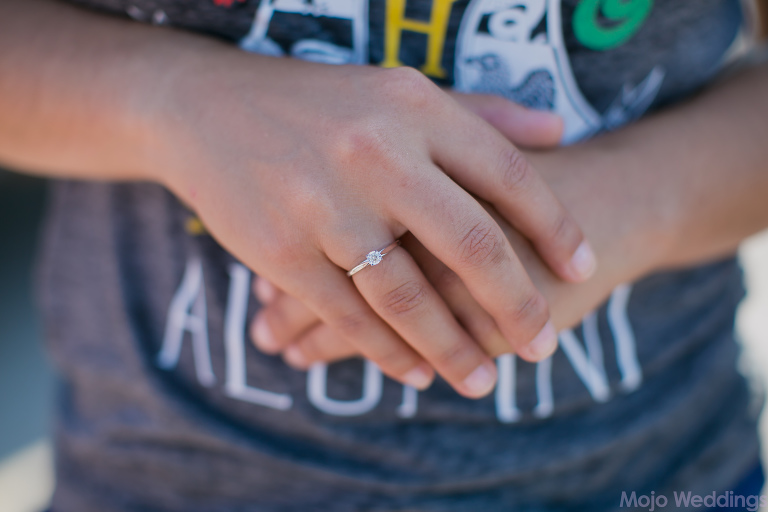 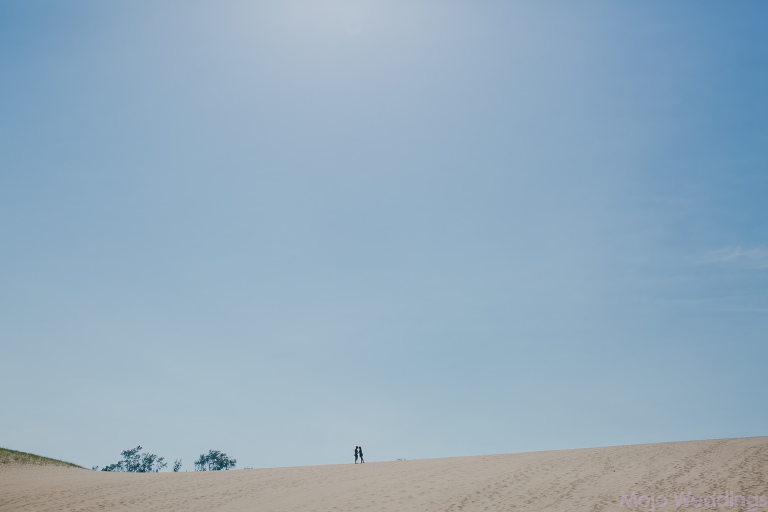 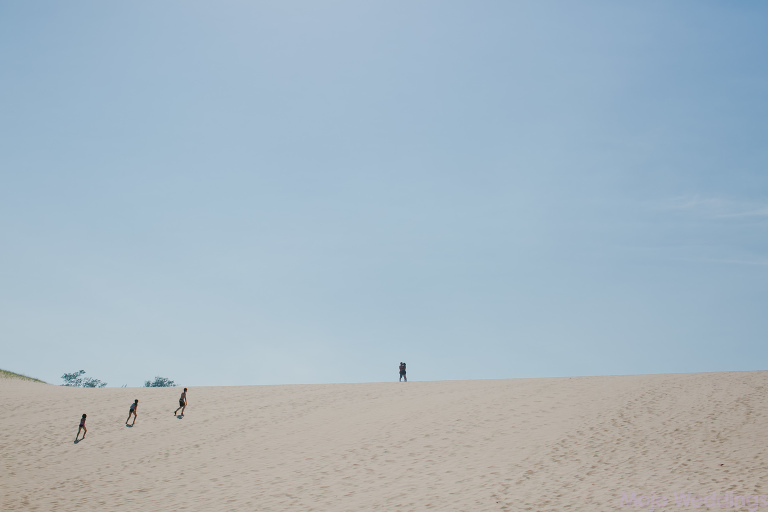 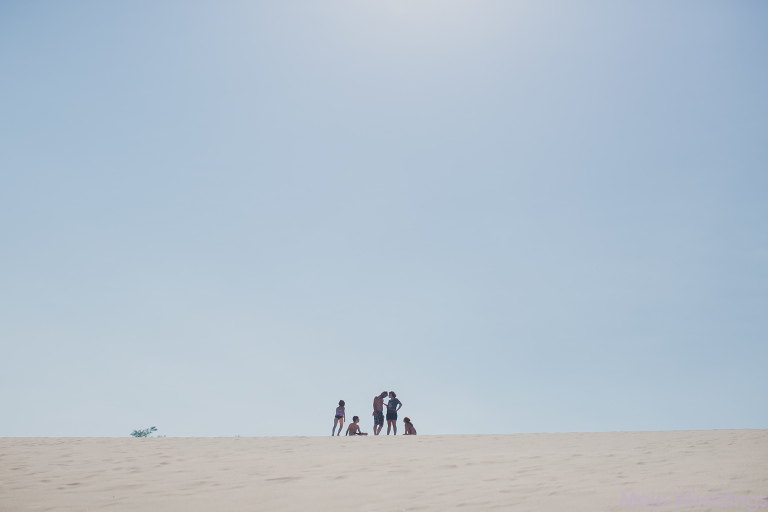 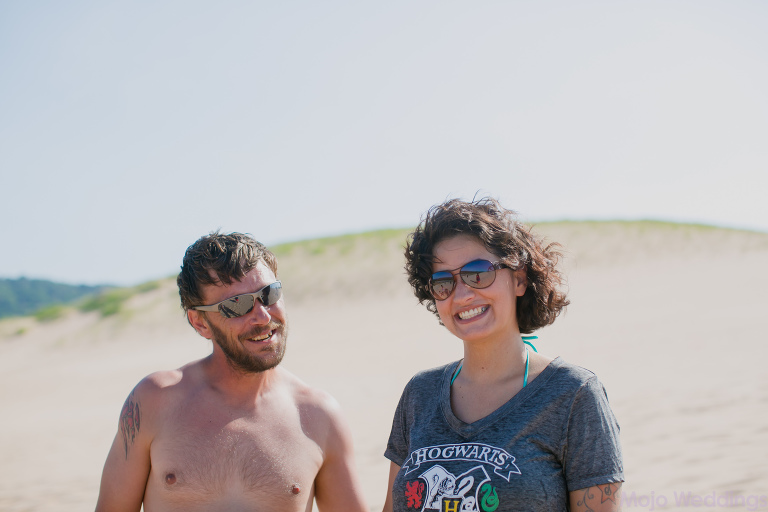 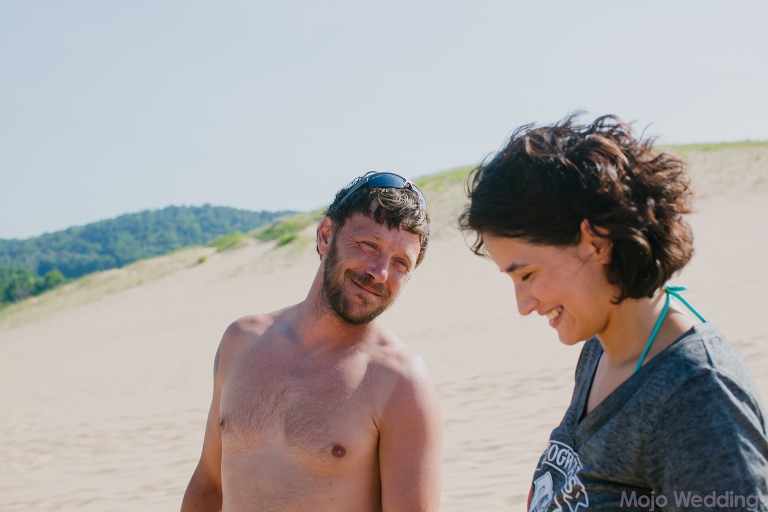 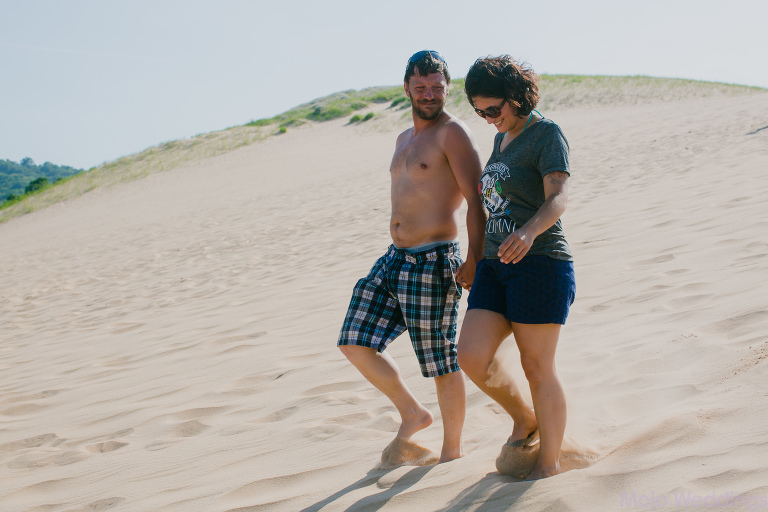 Mojave desert based elopement & wedding photographer Julie Laflamme lives 15 minutes from the entrance to Joshua Tree National Park in California. She also works all over Northern California, across the U.S.A, and worldwide.